With its narrow windy streets, jagged castle ruins overlooking a 14th century bridge, and grey limestone malthouses the village of Leighlinbridge opens a scene of an earlier Ireland.

The development of Leighlinbridge village was greatly influenced through its historic importance as a transport route. Over 300 years before the Christian era, a great battle took place here to capture the fort of Dinn Righ, reputedly the ancient seat of the Kings of Leinster. The focal point of Leighlinbridge is its valerian bearded bridge, built in 1320 by Maurice Jakis, Canon of Kildare Cathedral. It remains today one of the oldest functioning bridges in Europe.

Leighlinbridge has produced more than its share of famous people including the daring Captain Myles Keogh, aide to General Custer, the scientist and mountaineer John Tyndall, the former Archbishop of Sydney, Patrick Francis Moran and the Right Hon. Brian Mulroney, Prime Minister of Canada from 1984 – 1992 whose family hailed from Leighlinbridge. 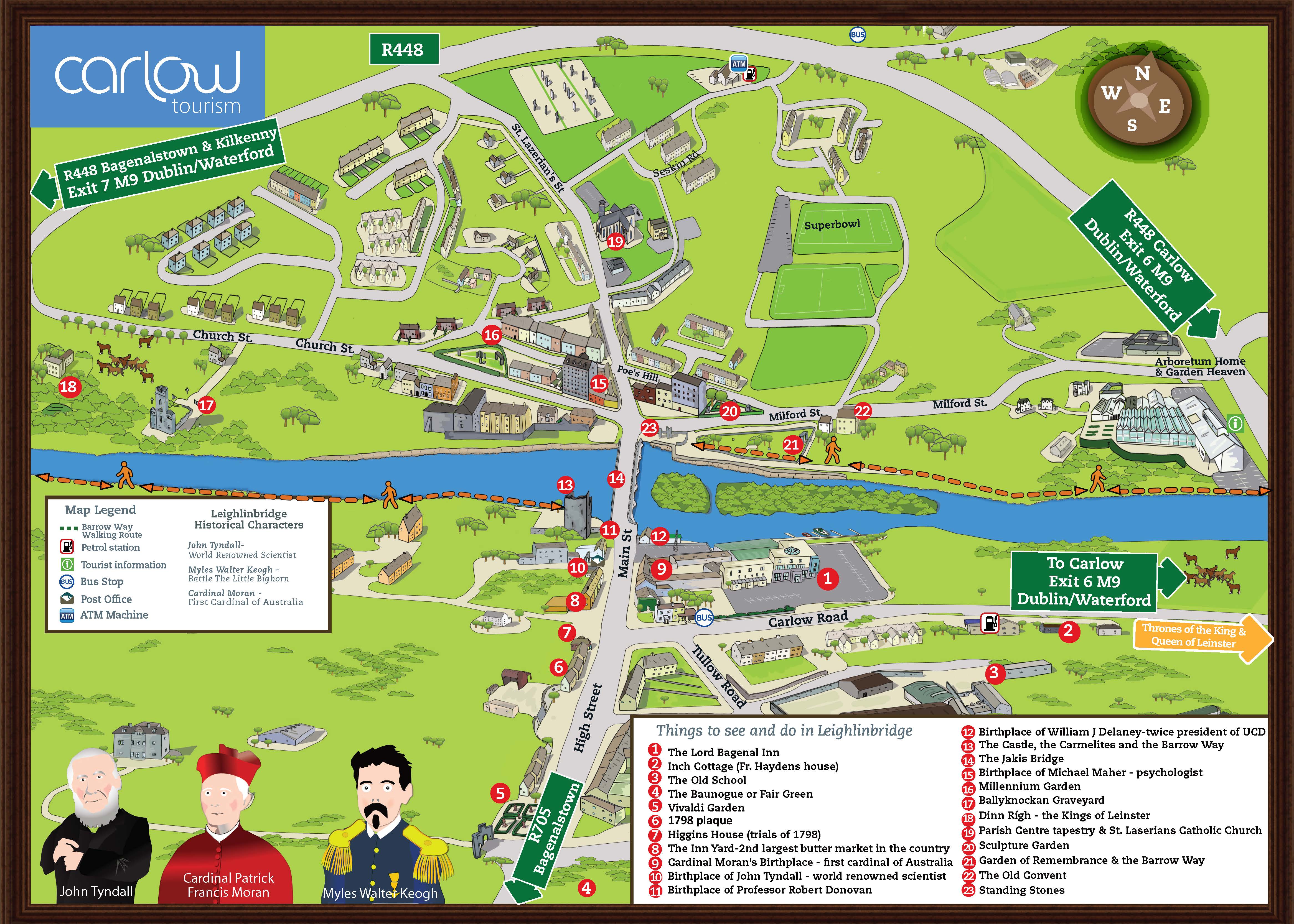 To Open Map in New Window